The first week of September the 'House Of Prayer and Exploits' (HOPE), Nazareth, held their annual conference 'Deborah Arise'. Rania Sayegh, who leads HOPE invited our team members, Andera and Rose, to be among the local ministry team leading this conference. For several years they have helped lead meetings at HOPE, mentor and disciple several of the youth who attend it. This conference, however, focuses on providing spiritual healing to churched women, as well as releasing them from any shackles or lies the devil made them believe. This conference dares to step out of the normal and tackles topics that are rarely addressed, if not avoided.

This year’s conference addressed several harsh topics, the hardest of which was dealing with the hatred towards men. This is a very rough subject to talk about especially in the Arab community which is a masculine one. While today this is less severe, the generation which attended the conference was mostly made of women who dealt with fathers and husbands who mostly viewed themselves superior as males. On the night of this topic Pastor Magdy Anwar, representing men, poured out his heart, and at the end asked the women for forgiveness. Rania, Andera and Rose came to the front along with a few others as representatives of the women and Rose was given the task of declaring forgiveness. Rose describes that moment as having the weight of all the wrong that the women had to put up with due to their "inferior" gender on her shoulders. That was a moment of freedom for all who were present. 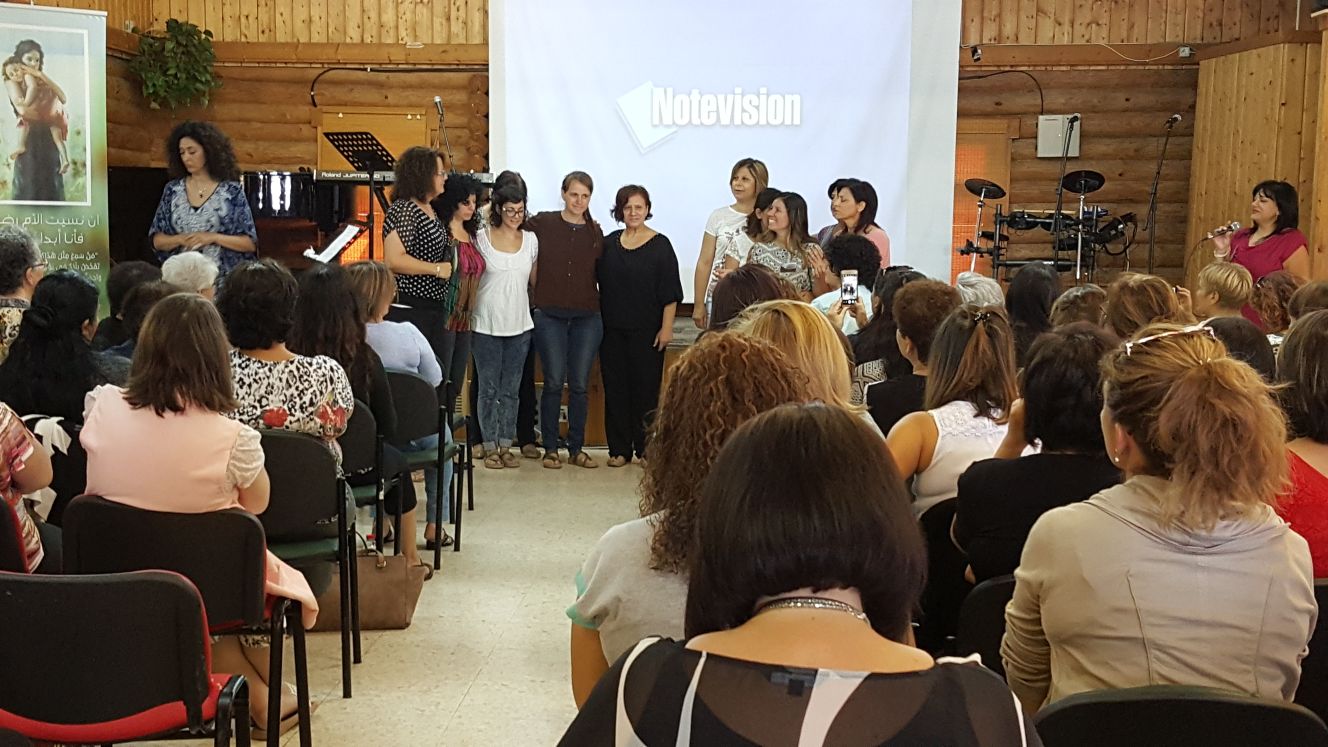 Our team members Ekhlas and Randa attended this conference and were a great encouragement to the attendees. Ekhlas and her daughters, Hiba and Rajaa’, who lead worship at HOPE periodically, led worship a few times. Andera shared encouraging thoughts and devotions with the attendees often.

While this is a conference for women only very few men are allowed to be present in order to give the women the comfort they need to be free before the Lord. Among the few men present were our communications manager, Majd, Roses’ son Ehab, and their friend Shadi, who were in charge of sound and digital media as well as playing music for the worship leaders.

We are pleased to know that like minded ministries are active in the Galilee and are working towards advancing God’s Kingdom. One of our overlaying priorities is promoting unity among the body of Christ and we are glad to see that happen in the Galilee and that our team is a part of it.

Such encouraging news to know this is happening in the US and in Israel! God is so good.