The Holiday Youth Conference started in 2014 as a conference for young people from churches all over the Holy Land. The Lord is moving mightily among young people and He is preparing a generation that will boldly proclaim His truth. The first conference was held in Bethlehem with about 200 young attendees. Since then we have seen growth among the youth from one conference to another. We believe in preparing the next generation that will carry the baton for years to come.

It sounds very cliche and we say it every year, but this year the Holiday Youth Conference was special. This year’s conference was titles “Do you love me?” the question that Jesus asked Peter. We had about 120 attendees from about 10 different churches from the Galilee. Unfortunately, a group from the West Bank that was supposed to participate in the conference had plans changed and did not come. The last two conferences we held were in the West Bank as we wanted to bless the young people there and encourage forming relationships between our youth and young people there as well. This year, learning that they started holding a conference of their own we moved the conference back to the Galilee with the intention of working on forming relationships between our young people and theirs during the year.

Every year we change things up as we plan for the conference. We challenge ourselves and stretch ourselves in ways that benefit the youth most. The big change this year came in two forms. The first is that, for the first time, the main speaker was a team member. Bshara used his very engaging style to communicate a strong message about how much God loves us and how we are to love Him back. The second is that we put a lot of planning into the workshops. We wanted them to be personal and most relating to the different age groups, so we had eight different workshops running at the same time catering to the needs of the young people. It was refreshing to see young people actually participate rather than being talked at. We reached out to several people, experts in their fields, to come and run some of the workshops. Other workshops were run by some of the young leaders who partner with us in this conference.

This year we had seven young people from a non-Christian background attend. In fact, one of them has not yet made a decision for Jesus. He shared with some of the leaders that the short message that Majd, our communications manager, shared touched his heart and he wishes to be in touch with him. Please pray for this young man that the Holy Spirit will continue to work in his heart through the things he heard at the conference. And pray for all the young people who attend this conference. We are confident that there are more lives that were touched at the conference, and we pray for God to move mightily into their lives and change them 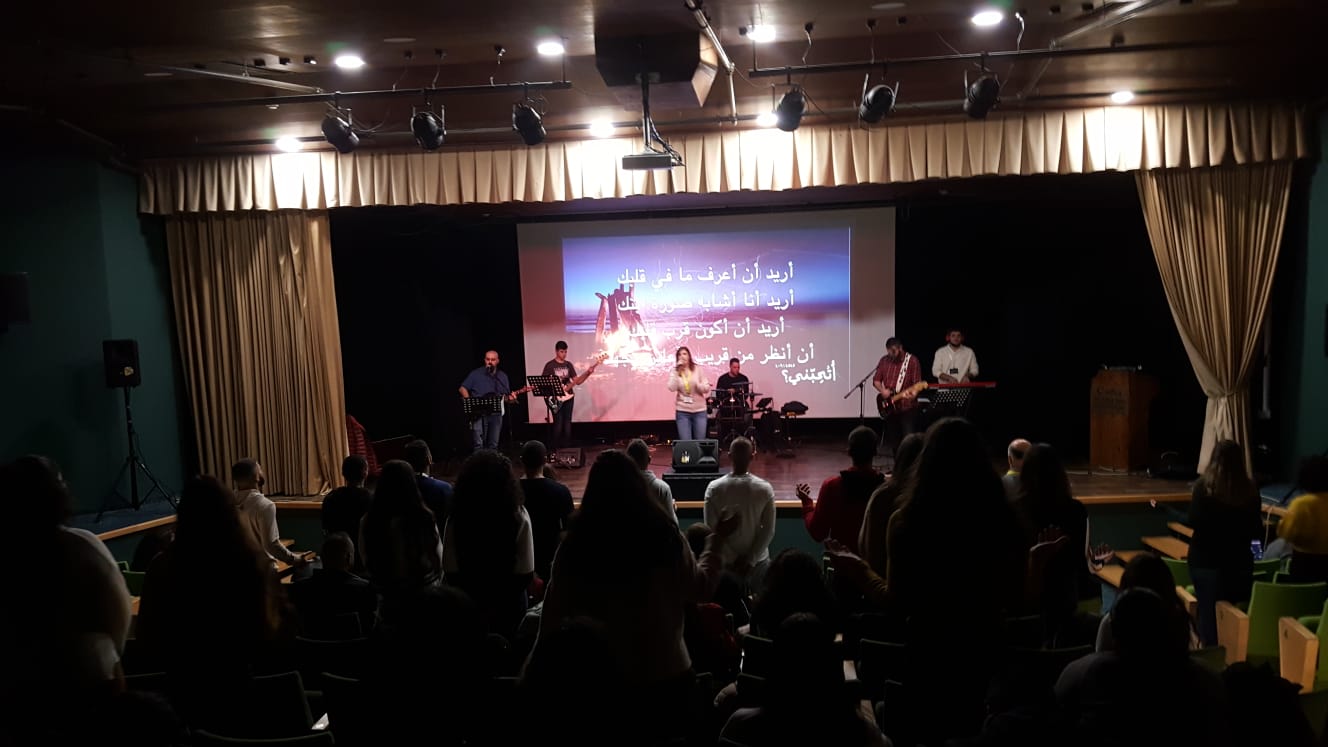 "Don't let anyone look down on you because you are young, but set an example for the believers in speech, in conduct, in love, in faith and in purity." - 1 Timothy 4:12